Our list of top 10 horror comic book hotties that both arouse and scare the hell out of us, much like women in real life. 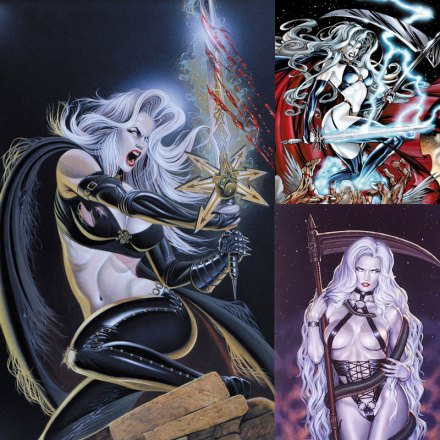 Lady Death was once a teenaged girl named Hope who wanted nothing more than to trade in her mortality for an eternal life in Hell. But like all great ideas involving deals with the Lord of Darkness, they all have a sure fire way of backfiring. Having been tricked and enslaved in Hell, Hope transforms herself into Lady Death to fight back her oppression and lead a rebellion. While some people criticize our number one anti-hero as a “sexist portray” of women in comic books, what they don’t realize is that she is actually symbolic to the ideas of fierce independence. To put it bluntly, Lady Death is the hellish version of radical feminist bra-burners of the 70s. And hey, if you had to live an eternity in Hell and looked this damn good, wouldn’t you want to be as scantily clad as possible too? She’s not a bad girl, she’s just misunderstood.