Baker was given complete creative control to come up with his personal vision of Batman’s nemesis.

Rick Baker got his start in special effects and creature design on iconic films like Star Wars and The Exorcist. Over his career he’s created legendary monsters for everything from The Howling, Harry and The Hendersons, Gremlins 2, The Rocketeer, The Men In Black Series, The X-Men movies,, Tropic Thunder, and dozens more. Basically, if there’s a movie creature you love from the last 30 years, there’s a solid chance that he had some sort of input on it.

DC Collectibles approached Baker a while back, and asked him if he’d be interested in using his skills and unique vision to create a full-size bust of Batman’s The Joker. Here’s how it went down and the resulting bust that fans are now drooling over.

“I figured they wouldn’t go for it, but to my surprise, they said ‘OK.’ I insisted that I would need a proper amount of time to create the bust and their answer was, ‘Take whatever time you need.’ I asked if I could choose the character and they said, ‘Fine.’ I told them I wanted to make a version of The Joker that’s never been done before,’ and they replied, ‘Sounds great.’ I then said, ‘You guys are just too difficult,’ and left. [Laughs] Seriously though, I didn’t expect DC Collectibles to keep their promises, but they did. I had a blast sculpting my version of The Joker and exploring his twisted and demented personality.” 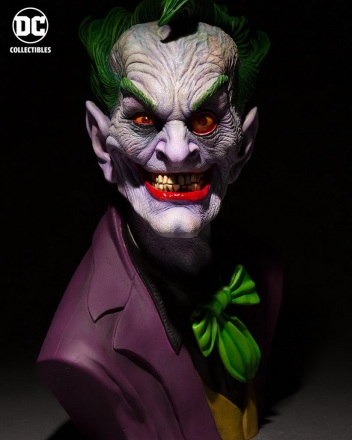 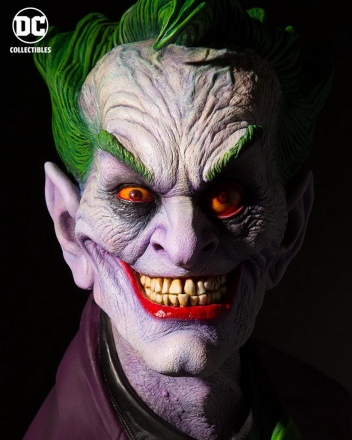 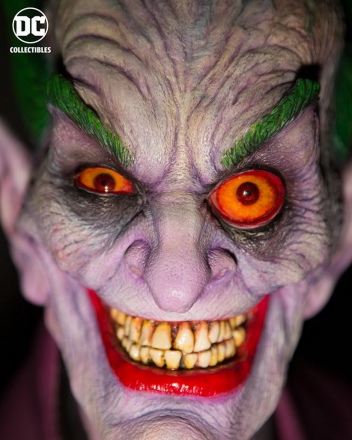