Want to get hit on by your favorite all-time sci fi characters in interactive speed dating style video extravaganza? You’ll definitely want to be hitting the jump.

The folks over at Comediva have created one of the coolest, geekiest and most addictive interactive Youtube videos that we’ve ever seen. They have created an ultimate cheesy speed-dating experience where you can get hit on by all of your favorite sci-fi characters. In the twenty minutes that I spent playing with it, I was hit on by Boomer and Starbuck from Battlestar Galactica, Hermione Granger from Harry Potter, Han Solo, Luke Skywalker, And Darth Vader From Star Wars as well as Doctor Who. There might even be more that I didn’t find.

I can’t imagine how long it took to organize and film this entire thing, but it was well worth it. and it is well worth major lack of productivity that you are about to experience when you click play on the video below.

All the characters are great, but we may as well start off in with BSG’s Starbuck: 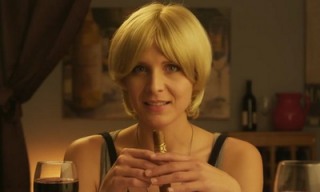