I’ve been thinking a lot about the topic of dating lately. Maybe it’s because Valentine’s Day is creeping up on me in all it’s sneaky glory. Cupid’s a little bastard when you think about it. 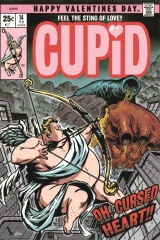 I’ve been thinking a lot about the topic of dating lately. Maybe it’s because Valentine’s Day is creeping up on me in all it’s sneaky glory. Cupid’s a little bastard when you think about it. Who the hell SHOOTS arrows into a person’s back and makes them fall in love against their wishes? That’s just diabolical. He’s like the romantic version of the Borgs. He should also adopt their mantra, “Resistance is futile”, because it’s true. Once he’s locked and loaded with you in his cross hairs, you’ve got a snowball’s chance in hell if you want to resist.

Maybe I’ve also been thinking about this because my mom’s in town. She’s on this rampage to see me married off. I keep swatting away her efforts to match me up with random people but she’s on me like white on rice. She’s also my mom so I can’t get mad at her. I’ve been reduced to whining “MooooooOOOOOOmmmm!!! Stooooooop!!!” and running away. I’m a grown woman. This is not mature behavior befitting someone my age. It’s a good thing I’m only mature when I have to be. Haa haa haa!

The advent of technology has made dating weird. Back when I was in elementary school, you’d get passed a note from the other person’s best friend during recess. The note was very simple and straight forward.

There’d be little boxes next to “Yes”, “No”, “Maybe”. You’re supposed to check off one of the boxes and give the note back to the waiting friend who’s busy reciting all the virtues of their friend and why you should check the “yes” box. The next phase of their job was then to give the note back and that was that. Talk about training on how to be the best wing (wo)man ever. 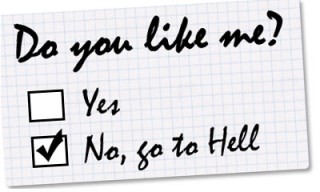 Things were so easy back when we were kids so what the hell happened and why did we make it so freaking hard on ourselves? I don’t get it.

Technology’s supposed to make my life easier and yet, in some ways, it hasn’t. My cell phone that lets me communicate with people on the fly has now turned into my electric leash. I have longer relationships with my phones than I do with the people I date. There’s a lesson to be learned in that somewhere but I’ll figure it out later.

And then there’s Facebook. Facebook isn’t only good for keeping in touch with people you may or may not give a rat’s ass about nor is it just the best stalker tool ever invented. Oh wait. I take that back. So far, the best stalker tool I can think of is that option of Google Maps where it lets you track your people’s every movement or that Four Square thing where I can unlock stuff and become steal the title of Mayor from other random people.

Dude, if I want people to know where I am 24/7, I’d get myself a tracking device. Oh wait. I already have something similar. It’s called my cell phone.

Anyway, as I was saying, Facebook is much more useful than stalking random people and a measure of popularity. 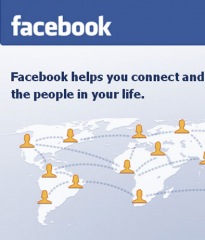 Think about it. You have friends and they have friends. It’s like shopping for shoes and purses but better. You go through their lists and their friends’ lists to see who you might be interested in and I can see the following conversation happen :

“Hey, Girlfriend-I-Haven’t-Talked-To-Since-Dinosaurs-Roamed-The-Earth. Your friend SuperHottie is really cute! Introduce me to him! What? He’s dating someone? You’re such a liar! I can see from his profile that he’s SINGLE!! YOU LYING, BITCH!! YOU JUST WANT HIM ALL TO YOURSELF!! THIS IS WHY WE HAVEN’T HUNG OUT SINCE HIGH SCHOOL!!!”

Fellas, don’t lie. I know you do the same exact thing so don’t think I don’t know. Your conversation might not be as drama as the one I was imagining but I know you guys do something similar.

“Sup, man. Hey, your friend HotChick is HAWT! Hook it up, bro. Dude, I know she doesn’t have a boyfriend. DUDE, it says so on her profile! Don’t be such a cockblocker, man”

Assuming you get past that level, there’s the issue of communicating. Conversations that weren’t to take longer than 10 minutes tops can now be dragged on for over a week. Why? Simple. Everyone’s busy crafting the wittiest reply known to man in an effort to sound and look better to the other person. That’s totally false advertisement when you think about it because they’re so screwed when they finally meet IRL.

There’s no downtime there, man.

Me? I’d take those little handwritten notes over FB emails, IMs, text any day of the week. Don’t get me wrong. I understand the necessities of emails, texts and IMs. They bring a smile to my face when that special someone messages me but that’s after we’ve already established that bond. Until we have, just give me the real deal. I’m old fashioned like that…as my BlackBerry’s ringing off the hook and I’m checking my Twitter account.

Bonnie N. Clyde is a writer for YouBentMyWookie.com and the alias of the Supreme Commander / Ultimate Destroyer. She writes a lot in her blog over at MissBonnified.com and surprisingly doesn’t like it when guys holla at her especially from across the street.