YBMW Interview: Patrick Duffy. A Man With A Crab

YBMW talks to the always cool Patrick Duffy about crabs, comic books, Battlestar Galactica and how to sell a million albums without having any vocal talent… 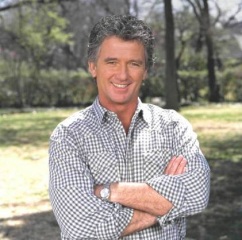 I know what you must be thinking. Why are you interviewing Bobby Ewing, aka Frank Lambert, aka Patrick Duffy, the man with a crab. At first glance, you’d never think that Patrick Duffy would be the kind of person you’d find interviewed on YouBentByWookie. But recently we’ve learned that there’s really no one else more perfect than him. When we first sat down to talk to Duffy, we were just hoping to find out a little bit more about those strange short videos he’s been doing on Youtube under the name: “Patrick Duffy and the Crab.” What we discovered instead was a sci-fi and Muppet fan, an old school comic book lover, and one of the coolest guys we’ve had a chance to talk to.

Read it all below. Make sure you check out the complete five page interview along with some video clips featuring great Duffy moments. Also, we would like to reach out directly to Warner Bros. and Disney. Warner Bros, how awesome would it be to have the Patrick Duffy in your upcoming “Green Lantern” movie? Disney, Patrick Duffy would kill to work with the Muppets. You’ve got a movie coming up… and he’s willing to work for free!

YBMW: I want to thank you for taking time to talk to me.

PD: My pleasure. I was intrigued, first of all when I got the request and my son knew your website so he said “No, you have to do that, that’s a good thing,” and then he told me and I went on it and saw what you do and I think it’s perfect and I’m equally appreciative of you taking the time.

YBMW: So one day, recently, we came across this video of you.

YBMW: We were sort of like “What…what the hell is this?”

PD: (laughs) “What the hell is he thinking?” I know. A lot of people say that.

I feel like I’m Hugh Grant on the Tonight Show and Jay Leno said “What the hell were you thinking?” when he had his mix up with his hooker on the street. I wasn’t thinking at all…

YBMW: So this was your son’s idea?

PD: My youngest son who is thirty years old. He and his wife conceived this, wrote the scripts, produced and directed them and we’ve got six of them in the can now. And it’s just their whimsy.

YBMW: So, is your son the crab? 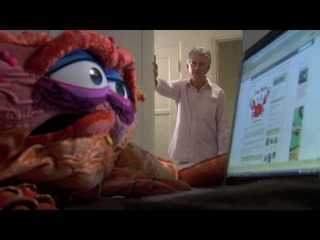 PD: No, no. Absolutely not. The interesting thing I’ve decided to do, because it’s the strangest thing to talk about… a project called “Patrick Duffy and the Crab,” but then I realized that it’s easier for me to talk about it if I treat both characters as characters that are at play in these videos. So “Patrick Duffy” is a character and “The Crab” is a character, and now I can talk about both of them in the third person. So, I talk about the crab now the same way that I talk about Miss Piggy and Kermit. It gets you in the “real persona” and what we’re really trying to do is maintain this reality that is just so obviously not real. That Patrick Duffy and the crab are good friends that have been friends for, you know, thirty years, and done community theater and regional theater and dinner theater, and they’re now in Los Angeles pursuing their film careers. This is just a little window in their relationship. We’ve decided that’s how we’re going to approach whenever we speak about it, and…and instead of technically getting into “whose hand is up where.” (laughs)

YBMW: I could see that being… less than comfortable.

PD: Yeah. It’s my first venture into this kind of thing and I’ve been a huge Muppets Show fan, since its inception in England, and they always treat it as their own sphere of reality. When I did a little thing with Kermit and Miss Piggy, I found myself only working with Miss Piggy and Kermit…and that was the reality of the moment so, I really think we can make this happen if we keep after it in that vein. So that’s what I’ve sort of decided to do.