Its a Bigfoot, Its a Chupacabra!, No! Its a Gnome! (New Sightings)

“It was walking sideways and was wearing dark clothes. But it was impossible to see its face because its face was covered in shadows.” 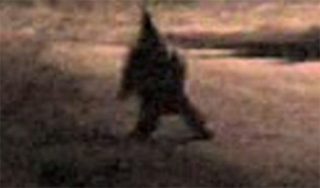 A NEW sighting of South America’s ‘creepy gnome’ is causing panic among locals after a group of youngsters claimed a ‘midget monster’ ran towards them at night. Luckily, the teens, who were dancing int he streets late at night, had a video camera on them and were able to capture the attack as it happened. the attack was so traumatic that the teens are now “too terrified” to go out at night.

Experts who examined the latest footage, taken in the town of Clodomira, province of Santiago del Estero, Argentina, last week, say it is ‘credible’.

However, there are some skeptics out there claiming that this is just a dog, or a “speedy child.”

Juan, the boy who filmed the creature, referred to it as “something that looked like a dwarf”. He said: “It was walking sideways and was wearing dark clothes. But it was impossible to see its face because its face was covered in shadows.”

“This tiny thing started running down Avenue San Martin at us. It had a pointy head and dark clothes. It was a person of incredibly low stature. We filmed it then got scared and ran off.”

This is not the first time the ‘Creepy Gnome’ has made its presence known in Argentina. Last year, the UK’s The Sun, released another video of him that shocked millions of Travelocity customers.

One thought on “Its a Bigfoot, Its a Chupacabra!, No! Its a Gnome! (New Sightings)”